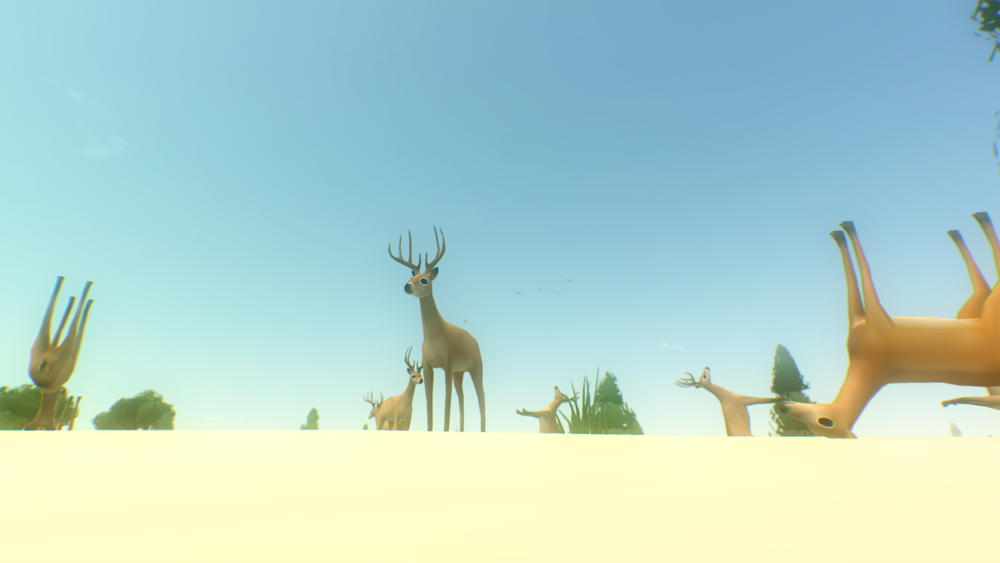 Digi.logue Space is hosting famous artist, filmmaker and game developer David O’Reilly in the exhibition titled “Everything”. In the exhibition, visitors will have a chance to experience O’Reilly’s last video game “Everything”, which is a creative game where you can be everything. Some of his short films such as “Please Say Something” and “The External World” will be on display in Digi.logue Space too. O’Reilly answers our questions about “Everything”, which will be open to visitors between May 11 and July 3.

How did you decide what to show to Istanbul audience for the first time?

We’re showing a broad selection of my more popular animation works from the last decade, and the show highlights my last two projects which are video games. I believe it’s a great introduction to what I make.

You’ve worked on “Everything” for three years. How did you feel about the project three years ago and how do feel now?

3 years ago it only existed as an idea in the air. The entire project had to be assembled from scratch – all new code, systems, art, sound, music etc. – everything had to be pulled into existence from nothing, and so there are thousands of tiny battles to make that happen. I will say, I feel as good about the project now as I did in the beginning. The only difference is that there are a lot of opinions about it now, when before it just lived in private.

Everything is a game with a philosophy behind. How did you come up with the idea of the game, could you please tell us a bit?

The game is essentially what I believe about how life is. It’s an idea that is very simple but has many moving parts to it which I cannot explain with words but which the game itself can explain non-verbally.

The game contains narration in the form of recordings of Alan Watts. Apart from Watts, which thinkers did you affected by when creating this game?

Many thinkers influenced the game – Emerson, Ikeda, Seneca, Schopenhauer, Marcus Aurelius… All affected parts of the game directly, and many others indirectly.

Living creatures are moving around by tumbling instead of walking on feet. Why is that so?
Because that is how I want them to move.

There is tremendous information about the universe in the game. Could you talk about the team you worked with?

I collaborated with programmer Damien Di Fede, who also programmed my first game “Mountain”, I worked with a very talented German composer for the music – named Ben Lukas Boysen, and a sound designer named Eduardo Ortiz Frau. Each person had a massive amount of responsibility on the project, for all of us it was the biggest project we had attempted. We all worked on it remotely from our own homes and communicated online.

How are the reactions to “Everything” from the gamer world?

It has been surprisingly positive in the gamer world. The audience on Steam is massive and people really love this game. The only negativity has been from a few reviewers who have tried to over-intellectualize it.

Lastly, could you name us some video games that you’ve loved recently?