We take a close look at the memorable audiovisual performances of Sónar Istanbul, whose fourth edition took place this year with the support of Digilogue!

Organized with the support of Digilogue, Sónar Istanbul, which has become a center of music, creativity, and technology, brings together new media artists who present their out of the line performances. With their production processes based on artificial intelligence, sound, visual, mixed reality and performance, the performances shown at Sónar Hall and Sónar Screen attracts attention with its curation that embraces Turkish representatives while hosting the global new media artists’ Istanbul debut performances.

“Intensional Particle”, the dance performance and the audiovisual show of Hiroaki Umeda, one of the leading figures of the Japanese avant-garde scene, is a dance performance in which hidden energy stored in the body is transferred to the screen. The movement, vibration, growth, and dissemination of the lines on the screen is a reflection of Umeda’s dance. R.A.W, founded by Selçuk Artut and Alp Tuğan, prominent figures in the field of creative technologies, is a music group that features improvised coding by exhibiting audiovisual experiences. The duo, who processes audio and video raw materials simultaneously, reveals an exciting experience on interactive design and sound arts with “R.A.W. Live Coding”.  Following in the footsteps of experimental composers such as John Cage by abandoning the rigid boundaries of classical music, Kelly Moran is making experimental compositions, blending many genres of music such as classical, electronic, minimalist and jazz. The pianos Moran used in her performances contain various objects placed between the strings to change the tone of the instrument. Moran, who turns rhythms into a visual show with ” Grand Piano AV” reveals an unorthodox piano experience.

The British artist Darren Cunningham, who has done experimental work within the framework of electronic music, has performed two different performances at Sónar Istanbul under the stage name “Actress”. Exploring artificial intelligence as a musical tool, his most recent project Young Paint, running in parallel to Actress, is an original program that learns from and re-interprets Cunninghams’ own sounds. Following the performance at Sónar Hall, “Actress” takes its place in Sónar Screen. Performance collab of Ecem Dilan Köse and Ahmet Ünveren unite under the name of RE.sole! Performing “The Skin” at Sónar Hall, the duo explores the concept of the skin and the limits it places on ourselves.

Sónar Istanbul's most notable scene “Sónar Screen” is the intersection point of all festival participants with its 24-meter height.

British DJ and producer Max Copper, who took over the set at Sónar screen after his performance at Sónar Club, is one of those names that removes the boundaries between musical genres. Featuring a live audiovisual performance titled ”Ambient”, Copper focuses on addressing the intersection between electronic music, visual arts, technology and science. The audiovisual performance “Live Choir AV” by Lalin Akalan, Chromas Choir, Tolga Böyük, Amir Ahmadoghlu and Ece Özalp marks the transition of traditional choral performance to a higher level with the support of technology. Chromas, which consists of choristers from different professions, sing polyphonic songs with different styles under the direction of Başak Doğan. Lalin Akalan, artistic director of Digilogue and curator of Sónar +D Istanbul, is the concept and creative director of Live Choir AV. The sound of the performance was designed by Tolga Büyük who participated in many global festivals. The costumes were designed by Ece Özalp in a retro-futuristic style and the visual design is by Amir Ahmadoghlu who is the co-founder and the art director of DECOL New Media Studios. Live Choir AV is creating a performance space where every participant can join.  Inspired by Kanye West’s Sunday Services and Gospel music, the performance is accompanied by minimal visuals reminiscent of sunrise and sunset on the massive LED screen.  The performance which highlights the benefits of collective production and technology on conventional arts underlines the forgotten values in an individualized world.

Chronosphere, which questions the relationship between the present and the future by using new media forms, consists of studio and live performance works by Balkan Karışman and Burak Dirgen in an audiovisual space. Describing ”time” as an unseen, inaudible, unknowable nothingness, Chronosphere is intriguing to the audience with the transitions between reality and illusion. Even though they were unable to come to Istanbul because of the travel ban as a result of health measure, the Italian technology and art studio Fuse*, which premiered in Turkey with the support of Digilogue on October 16, were at Sonar Istanbul with their performance Multiverse!  Multiverse performance, through the creation of a succession of digital paintings generated in real-time, attempts to represent the eternal birth and death of infinite parallel universes.

Yang Jhaz, who performed in Sónar screen with her musical performance featuring Alt-R&B and pop sound, took listeners on a journey in the synthesis of inspiration and dreams. Born from the partnership of Ali Bozkurt and Alptuğ Çavuş, Memorabilia seeks multidimensional experiences of transition phases and regions whose boundaries and scope are uncertain. The algorithms used in the production of sound and images in their performance, which they call ”Zero Sum”, are mostly based on genetic evolution models known as cellular automata.

Reflecting the perfect harmony of music and technology, the Istanbul edition of the Sónar Festival takes the support of Digilogue again in its fourth year. Follow Digilogue's Footsteps In Sónar! More 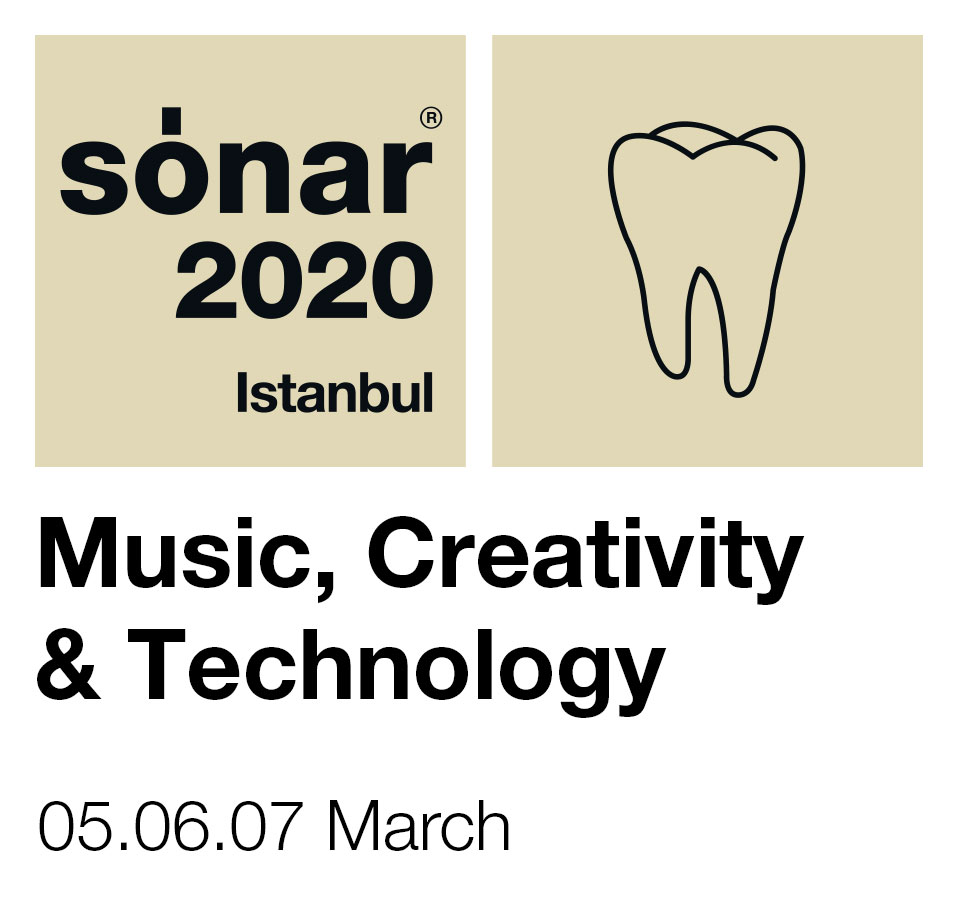